Finding my Femininity on a Skateboard

*Partially taken from my journal entry January 2022 while visiting California.

Last night I was feeling low, missing people and a lot of negative self talk. I didn’t feel like running, it was low tide and no vehicle to go surf. Seeing my reflection in the mirror, seeing the scars, those tiny fine lines and my age beginning to show, I felt old. I was home alone and had an empty driveway calling me to practice my turning on my new Carver Surf Skate. I started with some figure eights, backside to frontside to backside to frontside. I jumped off a few times not making the turn, Ooof…Stiff, old. Then I started to remember, before I let a number, or wrinkles, or scars to determine my age.

Then it began to flow.

Letting go of age restrictions with a surf skate

I reminded myself to look towards the direction I wanted to go, to focus ahead not beside. And voila, of course my movement, my skateboard followed. On my backside I stretched out long, arms bending over behind me, gracefully. I have never been graceful. I finally felt feminine on my skateboard, for the first time ever.

Frontside I crouched low and bend into my turn and pointed. I felt like I was 18 again. I also realized something that I am rather embarrassed to admit but whatever…It is simple geometry. Like a compass, pointing my finger into the centre of the circle as I spun around. That was it. All the years of practice and tips from other surfers, instructors, friends…it hit me like a closeout. “Use your shoulders to direct you, not your hips”. I remember one of the local guys in Imsouane telling me. As a snowboarder I was used to using my hips, but it is so simple. Point to that imaginary circle center and your shoulder directs you and keeps your balance naturally. I don’t know why it didn’t register before when watching that classic style as the surfers turned, and even all the surfer friends who explained it to me over and over again. Regardless, it finally just clicked. I only wished it had of clicked years ago so my surfing could have progressed faster than it did.

As the sunset over the ocean and the sky turned to fire with shades and tones of red and magenta, even the camera couldn’t capture the colours, I kept twirling and dancing around in circles, bending my arms overhead and curving my back. I caught a glimpse of myself in the window’s reflection and saw a woman I almost didn’t recongnize. I felt ageless, soft and delicate floating along the pavement. I felt the Californian air filled with eucalyptus and pine scents caress my nose, I wished I could stay forever in California and that moment where I felt young, free and feminine.

Tomboy, hidden defences and “one of the boys”

The first time I skateboarded I was probably around 15, with some boys from school, using a twin tip and I remember falling or jumping off. The skateboard was rolling towards the street, the guys running over to get the board, worried it was going to get run over, rather any concern of my well being…I was fine and they were 15 year old boys. Funny enough when I was in my twenties a similar situation where my guy friend was more concerned of the alcohol in my bag then the skateboard on the street and the skateboard did get run over. I also think of when I was learning to longboard and going downhill…after 9 massive fails falling all over concrete before finally succeeding to slide (it was actually due to my skateboard bearings being too tight and longboard style I was using that was more of a cruiser than for sliding.) The group of men I was with, cheered me one but also didn’t understand the pain of sliding across my chest in a thin T-shirt because I was always ‘one of the boys’. Clearly, they all knew I was a strong capable woman. (nervous chuckle). It became my comfort zone, tomboyish and a bit of a chip on my shoulder. I guess it was my habit of defence, if I looked tough, acted tough, I couldn’t get hurt – whether you want to intrepid that as physical or emotional I think we both know it kinda covers it all. Ironically, that is why I constantly got hurt, either by rejection for not being feminine enough, “friend zoned” or because I acted too tough to open up and show my vulnerabilities to the guys who were too nervous to tell me how they actually felt or vice versa. Aside from romance, I had no style or grace in any of my sports. Awkward arms dangling around and stiff movements resulting in falling or injury. Not to say I avoided the park, in snowboarding I would hit rails and skateboarding I would go downhill and slide. Sometimes take those bigger risks like heading downhill from Sherbrooke to Maisonneuve on a rainy night in Montreal (thank god for that green light.) When I actually relaxed and flowed naturally, not only I did I look better but I didn’t hesitate or stiffen when a challenge came along.

Never “too old” to learn to Surf Skate

I have been skateboarding off and on for almost 20 years and I have used a few different types of boards – twin tip, longboard, surf skate but I am still learning. You would think I would be better, but I was never really interested in doing tricks or walking on my cruiser although I tried a bit but always got nervous and hesitated at the last minute or stiffen up…same reason I tend to miss a lot of great waves. But with both surfing and skateboarding (really this can apply to anything) its the hesitation and the stiffness that results in falling or injury. Moving with confidence is key, again with anything. Truly going for it.

But as we age we have this misconception it’s not possible. That we are too old, too brittle. When in fact that is not true, even my 97 year old grandmother who was diagnosed with osteoporosis fell and didn’t break anything (not skateboarding, that would have epic – if she was skateboarding not falling of course). Yes, recovery time can be longer and as we age, we started to lose elasticity, collagen and everything else. But anything is possible. Most of us feel old because we are living unhealthy lives, sitting too long, eating processed foods, not eating all the nutrients we need everyday…drinking too much alcohol, watching too much TV, not getting even that minimum 30 minutes of basic movement or activity, shall I go on? Of course we feel old and brittle. Our muscles are not warmed up, our joints are stiff and we lack the muscle retention since we are all loose and comfortable in our unhealthy ways. Getting out our comfort zone is the ONLY way to progression. Even if it is subtle. You can’t change if you don’t change. It is because of skateboarding I feel young…in fact I still get ID sometimes when I carry the skateboard into the wine shop. (A cashier confirmed this to me once when I asked if it was because I was carrying a skateboard, not my youthful look.)

That said it really isn’t too late to ever learn to do anything, are there more limitations and a longer learning curve? Maybe, but this bullshit notion we are too old is exactly what it is. An excuse.

I bought my surf skate at 36 because I WANT to progress my surfing, simple as that and I am not always able to surf because of location, work and conditions. I personally have years of experience skateboarding and so much advice past on from surf instructors, skateboarders and all the online content I research to be better but literally any physically able can start.

I bought my surf skate at 36 because I WANT to progress my surfing, simple as that.

I may mentioned I am a member of The Salty Club and although I have not tried their Surf Skate Program, I would recommend it to anyone starting out fresh, based on the other videos and tutorials the girls at Salty offer, I know it would be a great tool for easy understanding and learning.

Aging is inevitable. I get it, but I refuse to conform to getting older and giving up things that bring me joy, that I feel young and free doing, otherwise why the fuck am I alive anyways? Not only does it make me feel young, it a form of exercise so actually better for my health than eating chips and watching TV, for me its about progression. But my biggest progression is getting out of my comfort zone as “one of the boys” or carrying that stiff defence system around with me. That shit is does not age well. I loved the feeling of feeling feminine while doing something that can be quite rough. It is funny because growing up it wasn’t often I had other girls to do these things with, my only choice was to hangout with boys or men in order to do things I liked. It also became difficult for me as more women entered that circle with me. It was foreign to me, and to be honest it was kinda my thing for a long time. So maybe it sparked a bit of jealous or heighten my insecurities, but it also brought some of my closest friendships with other amazing women I admire and love because our shared interests. But back then, it was less common and there were much less women role models out there doing it than now. Now when I go on Instagram and see the amount of young girls skating, surfing, snowboarding I am floored. I love it! To see girls like Sky Brown, like this girl is better than I could ever imagine at her age and better than most grown men to ever skate. It is really cool to see the transition for women’s equality and support to do these things over the years. When I hear young girls complain about mansplaining or how there are no role models I am thinking What the fuck! You are so lucky compared to 20 years ago!

I understand there is still a lot of progression to make, but isn’t that the nature of these sports anyways?

What I find most ironic that for me becoming more feminine is exactly what I need to do in order to progress. 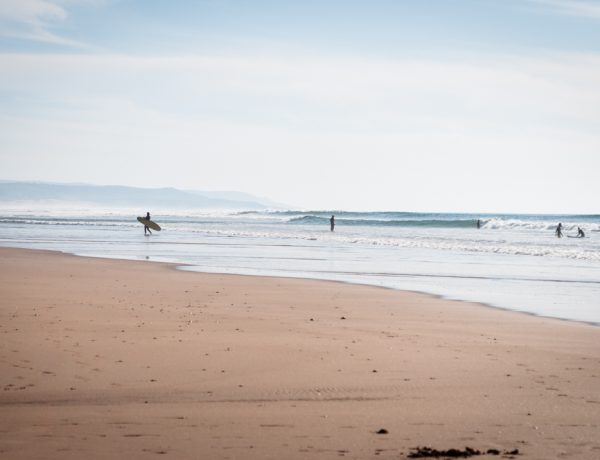 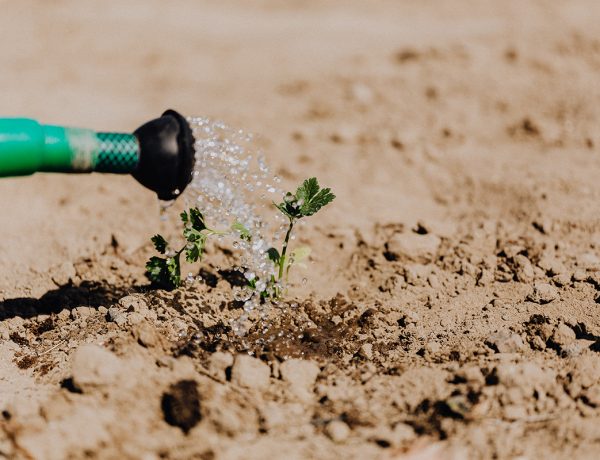 Simple and easy how to for a DIY compost 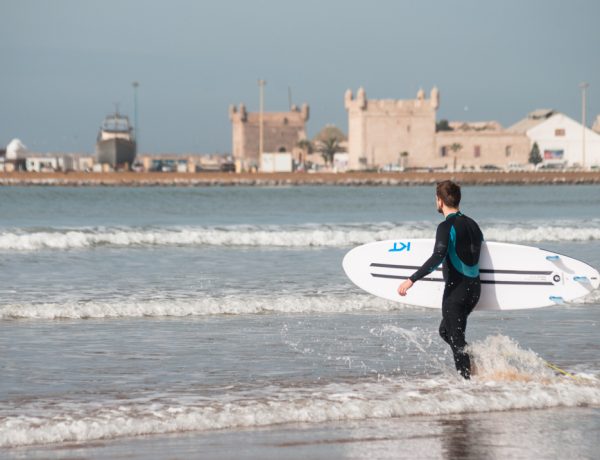 The Wahine Project : Empowering All Genders, the Youth & Ocean Awareness 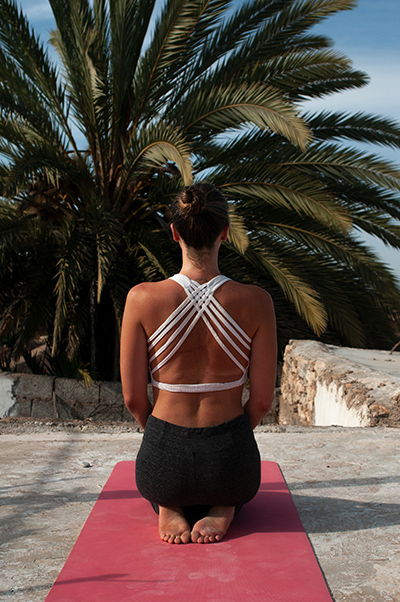 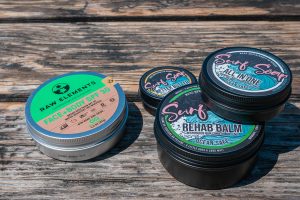 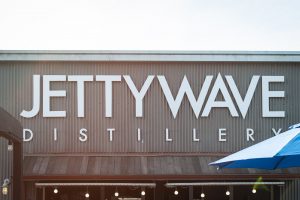 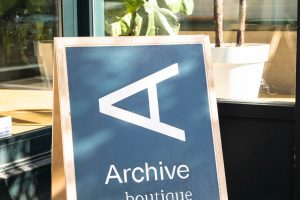 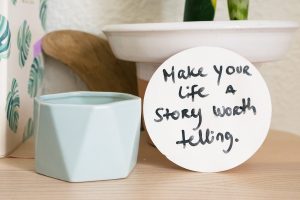 Game changer: How Erika Drolet helped me transform my life.

It is always wonderful to see the power of people

I really enjoyed my trip to Sayulita last year thi

A few from last winter’s surf trip memories on t

Do you have a surf trip coming up? Latest post abo

After working in the apparel manufacturing industr